We Made an App!

Our first app, Suntime, was released this weekend! It is a solar and lunar cycle timeline, with note-taking abilities.

We’re happy with the way Suntime has been coming together. But why make yet another Sun/Moon app?

Sometime around fall 2018, we were out on a walk when we realized that we had no idea when sunset was. Thankfully we caught it that evening. Our ignorance seemed innocuous at first, but soon it became apparent that we’d become pretty detached from these cycles in the natural world. Human beings are animals after all - how could we lose track of something as basic as the movement of the Sun?

As we got to talking, we started considering the time we’d spent under artificial light. We’d both grown up with computers, and worked with them daily. Much of our time was spent in offices: buildings where temperatures never fluctuate and light remains a steady 4500 Kelvin - a simulated always-daytime.

Naturally, we immediately went scrolling through our phones to look for an app that could solve this problem.

There are a lot of great Sun/Moon apps out there. The ones we found seemed to skew either science-y (more like “weather” apps), or mystical (e.g. horoscopes, rituals, etc.), but rarely both. None seemed to quite hit the mark for us.

These days science has removed a lot of the day-to-day mystery from our world. But knowledge alone does not answer questions of purpose or meaning. People have always looked up at the sky in wonder. The movements of the Sun, Moon, planets, and stars are personified in countless stories and folktales. The vastness of the cosmos invites us to consider our own smallness.

Can software communicate any of that wonder?

We started with an intention to connect with the Sun and the Moon, and ended up with an iOS app called Suntime. In the process we learned about time and the physical mechanics of the Solar System. We’ve also been fortunate to receive abundant feedback while exploring the app’s design. 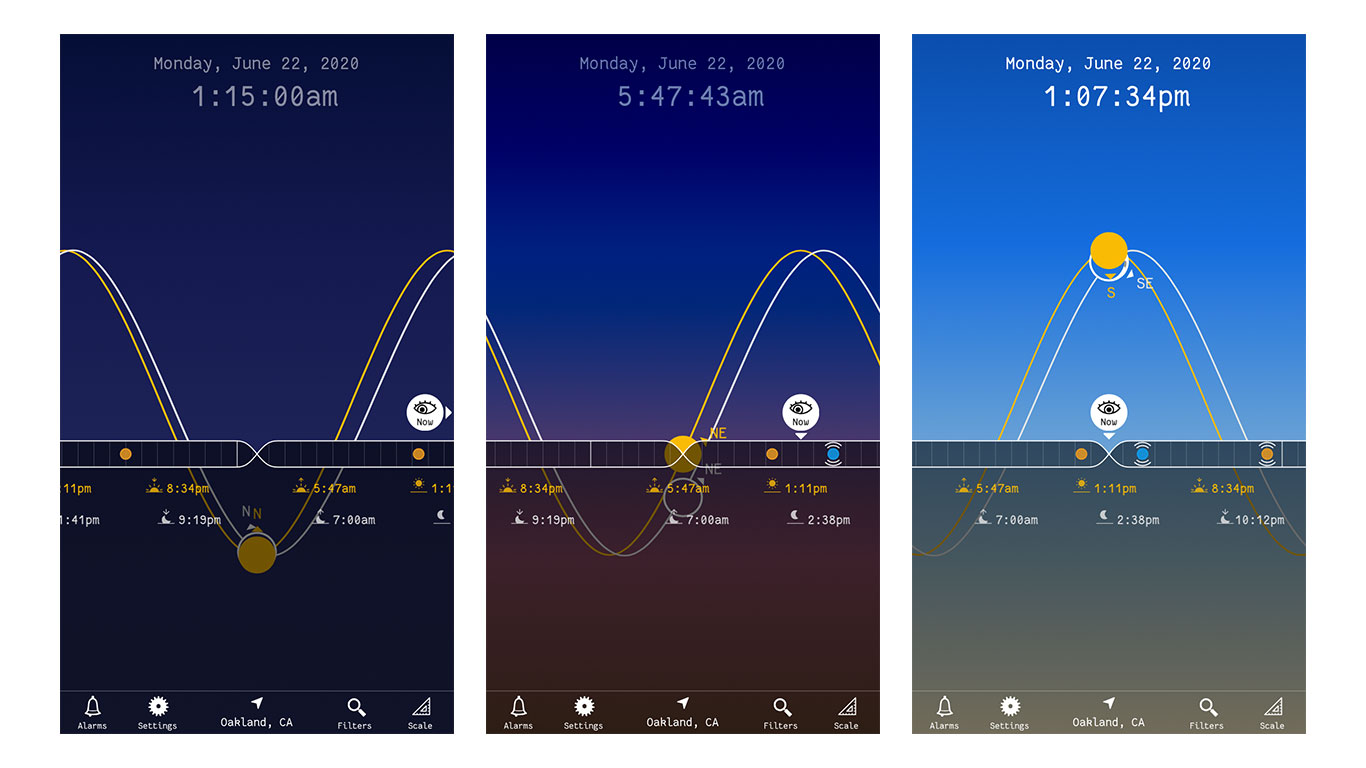 Suntime falls somewhere between being a calendar, an alarm clock, and a journal. The cycles of the Earth, Sun, and Moon are laid out on an interactive timeline that you can explore for yourself. In addition to being a reminder of the world outside, we hope that you’ll find in it a space to pause and think.

We’re an independent operation, and we love making things. Since this is the Internet, your downloads, reviews, and participation make that possible! Check out Suntime on the App Store, or find us on Twitter as @digitalsundries.